My son has recently turned 5 and he asked for a birthday cake fully made of chocolate, with Dinosaur Train on it and decorated with cherries. And two days ago, after school, he suddenly said “Mom, let’s bake a chocolate cake! Call Joanna (our friend that made the birthday cake) and ask her the recipe!”. I would have loved to comply, but first of all, that cake is not easy to make, so I wouldn’t even try, and second, I didn’t want to ask anyone for the secret recipe of a great cake.

Still, my son was very determined to eat a chocolate cake, so I took out the “Gluten-free 101” book by Carol Fenster and looked for a suitable recipe, checking also that we had all the needed ingredients in the kitchen. And we decided to bake some chocolate brownies, adapting the recipe in order to make it sugar-free and dairy-free.

My son did all the cooking all by himself (under my supervision), then we poured the batter in a muffin tray and baked the brownies. Everyone in the house loved them! Therefore, the next day, after coming home from school, my son suggested “Let’s bake some brownies again! Look mom, here is the book, I’ve prepared the table and I know that the recipe starts with 140g of gluten-free flour!”. How could anyone say “No, I don’t feel like baking” to this? So we went in the kitchen and baked a new batch of muffins, doubling the amounts this time, as my daughter (2.7 years old) decided she wants to cook too, all by herself! It seems we are living with two little master chefs in the house… The recipe is simple, the baking time is 20 minutes and the taste is great, these fudgy and chewy brownies go well with milk or coffee or on their own. The recipe is below, the photos taken are of the last brownie from the first batch, and if you bake some, come back and tell me how you liked them! 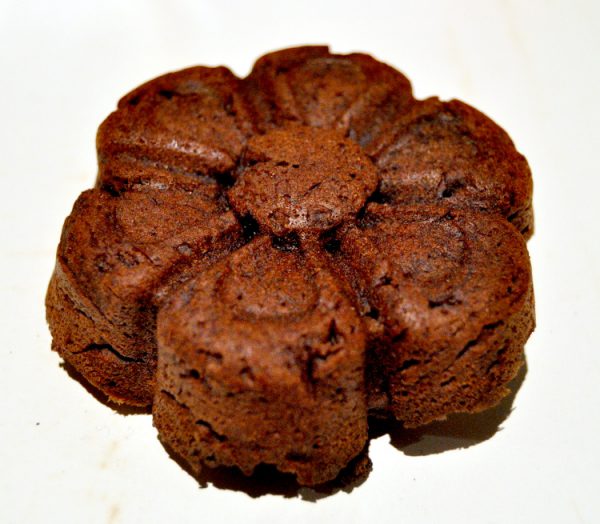